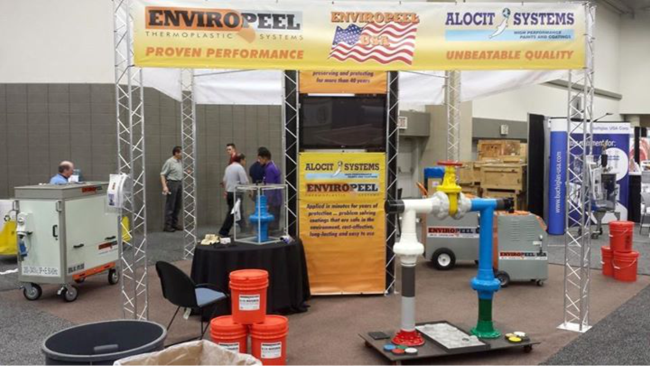 It's not obvious from the picture of the Enviropeel USA stand being set up in Dallas last week at NACE but there is a history to the carpet which you can see forming the square of the stand area.

Most visitors to an exhibition would not give any thought to the carpet on which they are walking but, as an exhibitor, it is always amazing to see the carpet fitters as they sweep through the hall, transforming its appearance as they cover the ugly concrete on which the stands are being built. Although the hallways are the responsibility of the organisers, each stand has to either rent carpet from the exhibition contractors or supply their own. Renting carpet can be more expensive than buying your own so many exhibitors will bring carpet with them - especially if they are bringing in all their other stand components, as is the case for EUSA.

Last year, Kenny Boehm, CEO of EUSA used a local carpeting supplier in Indianapolis, ordering a single square of carpet for the space you can see in the picture cut to exact size - so it would just have to be rolled out. Unfortunately the supplier was unable to measure the same length twice - so the carpet was too short one way and too long the other! In the end, the carpet had to be cut in half and then a strip cut into the middle of the short section in order to fill the square. 'Never again', said Kenny, 'next year I will rent the carpet'.

So, March 2015 comes round and Kenny just can't bring himself to spend the enormous amount required to rent the carpet - and decides to buy. He goes to the supplier, reminds him of what happened last time and orders the carpet in two pieces to make it easier to fit.

No prizes for anyone who guesses that when they got the carpet to Dallas, not only was it the wrong size but each half was from a different roll and the colours didn't match.

Luckily the show went really well and not a single one of the many visitors to the stand complained about the carpet! We'll let you know what happens next year in Vancouver.
Posted by Unknown at 07:18 1 comment: 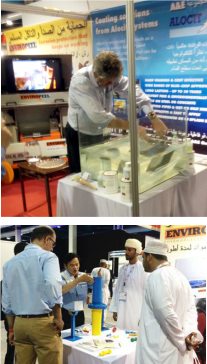 Above: the stand is completed ready for visitors

Getting logistics organised for an exhibition is not always as easy as it should be, and having two exhibitions running at the same time just adds to the chaos. For ORPEC 2015 in Oman, we had exhibition material arriving by sea from Australia and by air from the UK with delegates from our Malaysian office and from local partners, 3D Engineering in Muscat.

Luckily, everything and everybody arrived on time and enjoyed the show!

Visitors were able to see Alocit in action, with a water tank and material on hand to try the material for themselves. In the picture, Keiran Hedigan, General Manager of Al Tayeb Water Technology in Qatar, tries his hand at painting underwater - a first for Keiran who prefers rugby to water sports.

Also on hand at the show was Sean Ong who, together with CEO Arthur Haycox were in Muscat to support 3D. Sean can be seen in the bottom picture explaining the advantages of Enviropeel - and its many colours.

Thanks to 3D for their hospitality and help during the exhibition, we look forward to many more visits to Oman.

WHILE WE'RE ON THE SUBJECT OF ALOCIT

Something we take very seriously at A&E is our ability to find solutions for what can seem quite intractable problems. With Alocit, because coating underwater and on to oily surfaces already seems impossible, we are often expected to provide solutions for areas where any sane person would know perfectly well that no coating could be applied.

Nevertheless,  we always look at each problem as it is presented to us to see what we can do - or if there is anything we can do to help.

Recently, with more and more stories about climate change and the consequences of increasingly extreme weather events, we have been asked about protecting buildings against flooding. Alocit is frequently used for civil-engineering works where the presence of water makes the use of standard coatings impractical, and it made sense to us when we were asked if it could be used to keep flood waters out and whether it could be used to help repair flood-damaged buildings.

Clearly there are limits to what a coating can do to prevent flooding, but the question set us thinking about an integrated approach to flood protection and what part Alocit might be able to play. Following a lot of industry research and in-house testing, we have launched a new website - www.flood-safe.com.

The site is a first attempt to draw together a range of simple remedial solutions for the protection of homes and buildings that might otherwise suffer serious damage from flash flooding and other short-term, potentially catastrophic water-affected events. It's all about being prepared and recognising risk. If we can help ... and maybe sell some coatings too ... everyone's a winner!
Posted by Unknown at 05:09 No comments: Who doesn't like a steam train? There is something magical that brings old locomotives to life and there are many groups of enthusiasts around Britain - and in other parts of the world - working hard to maintain the spirit and the machinery of days gone by.

One such group is the GWR, who have been working since 1981 to restore a section of the old Great Western Railway's route running through the Cotswolds. They have built new track, stations and a range of facilities and can now offer visitors a spectacular 25-mile trip pulled by a wide range of steam and diesel trains.

In the picture you can see the 7820 'Dinmore Manor' at the GWR Toddington Station. Also, in the background, is a 12,000 gallon (55,000 litre) tank - with its interior coated using a two-coat system of Alocit 28.15. Following the successful coating of this tank three years ago, the team at GWR are about to use Alocit again on a second tank.

That's something else we like ... a satisfied customer!
Posted by Unknown at 04:20 No comments:


A&E Group are in Oman and Texas with exhibition partners 3D Engineering at ORPEC - Oman Refining and Petrochemical Exhibition & Conference in Oman, Booth C465, from the 16th to the 18th of March and in Dallas Texas at the Dallas Convention Center for NACE Corrosion 2015, Booth 24045, from March 15th until the 19th with Enviropeel USA.

For more info about the locations click on the logos below to link the the exhibition websites. For help finding the EUSA booth click this link to the floorplan - you can find the EUSA booth by scrolling down the exhibitors list and clicking on the name.


We would love to see you, please visit our booths. 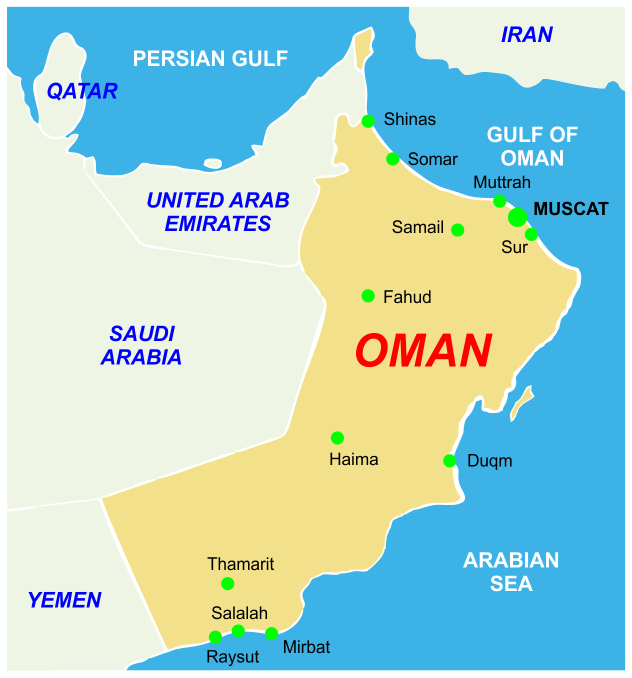 Strategically situated at the mouth of the Gulf, facing the Arabian Sea, Oman is the oldest independent state in the Arab world. Since the 20th century, like other Gulf States, Oman has benefited hugely from its oil and gas industry, although it maintains a relatively diverse economy with income from agriculture, industry and a rapidly-growing tourist trade. In 2012 its capital, Muscat, was named second-best city to visit in the world by Lonely Planet.

In the last two years Oman has become a regular destination for A&E management and technical personnel during the development of its partnership with 3D Engineering Services, working in the oil, gas, processing and power industries. Although a relatively new company, 3D Engineering Services draws on a wealth of strategic and operational experience in the successful delivery of engineering projects in Oman. So far, the partnership has seen three projects completed for Oman Gas using Alocit coatings and both Alocit and Enviropeel projects are in the pipeline for the future. 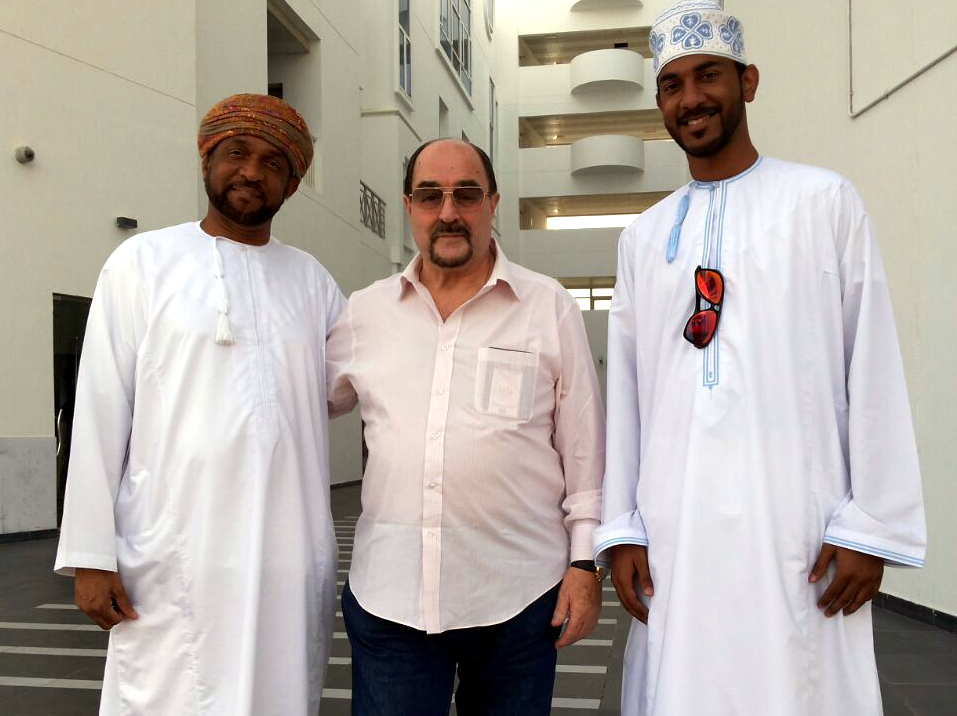 As part of its strategy for the future of Enviropeel in the region, plans are well advanced for the completion of an Enviropeel batching unit for 3D, based on successful models already operating in the UK and the USA. By providing a local manufacturing facility able to respond instantly to local demand, the facility will be a major step towards establishing Enviropeel in the region.

A&E personnel have also been working with Hyundai in Oman on repair strategies for wave damage to coatings on a large offshore SBM storage facility. Alocit was recommended as it could be used without the use of a dry dock.


A&E Group and 3D Engineering Services are exhibiting together at the Oman Refining & Petrochemical Exhibition in March, visit us on Stand C465.